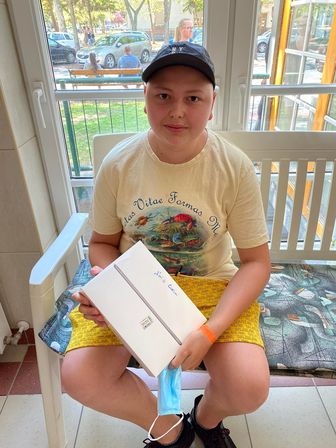 Csaba was happy when he arrived for the check-up today, as he knew that he would receive the desired smartphone, a gift from the Magic Lamp Foundation.

After the check-up, he hurried home to install and start to use his new device as soon as possible.

We would like to thank the Budapest Marriott Hotel for making Csaba’s wish come true! 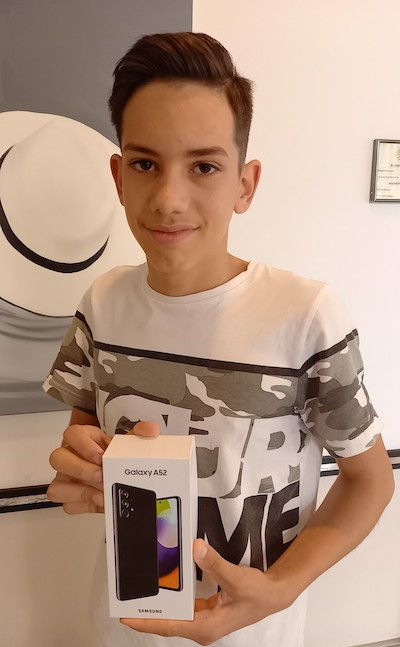 Krisztofer wished for a Samsung Galaxy mobile phone from the Magic Lamp Foundation, to keep in touch with his friends and classmates during his time in the hospital.

He will be able to listen to his favorite music on the phone and, of course also play games on it.

We gave the mobile phone to Krisztofer right after a medical check at the hospital, which "made his day".

Thank you for the support of Magyarország Kft., which enabled us to fulfill Krisztofer's wish. 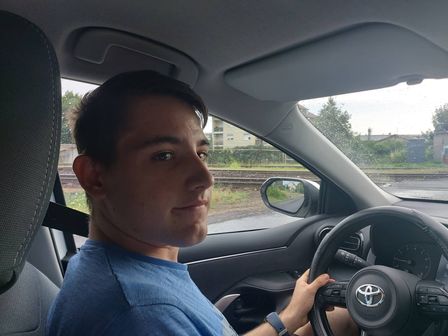 Are there any big boys who do not want to learn how to drive?

If there are, Szabolcs is definitely not one of them, since he wished for a driver's license. Magic Lamp is happy to help Szabolcs to achieve his goal. He has been attending driving school and, according to his instructor, he is very good. He only needs few more lessons, and then he will be ready to venture out on his own.

Dear Szabolcs, we wish you a successful driving exam and safe driving!

We want to thank Henkel Hungary Ltd. for their continuous support! 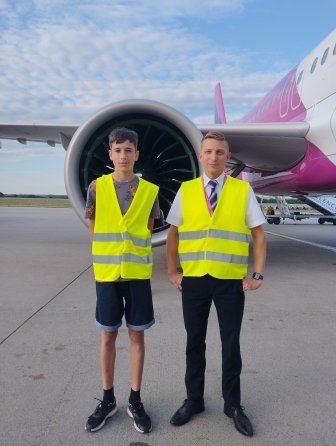 Balazs is a patient young man.
He had been waiting for his wish to come true since 2019. Balazs wanted to visit Disneyland, but unfortunately, COVID interfered with his travel plans. We recommended Balazs to change his mind and wish for something else, but he decided to wait.

But in 2022, his wish got finally granted, and he reached the realm of fairy tales and magic!

Thanks to Wizzair, the magic already started at the Budapest airport. It was Balazs's first ever flight. He got invited into the cockpit by the captain, who even let Balazs sit in his seat.

The flight to EuroDisney went by quickly, and after a quick transfer came the next magical experience: Newport Bay Hotel. Balazs was utterly captivated by the hotel's architecture, interior, and, of course, its lighthouse. Even though I was pretty sure about the answer, I asked Balazs and his mom whether they wanted the watch the evening fireworks, even though they had long and exhausting travel. The answer was a definite yes.

What else could it have been; since it was Balazs's 13th birthday. The Wizzair crew congratulated him on the flight, and now the fireworks- he could not have received a more marvelous gift!

During the following two days, Balazs explored the rides and attractions, including Aladdin and the Magic Lamp, roller coasters, Indiana Jones, and many-many more. On the last day, we visited Disney Film Studios, and Balazs had a chance to enjoy his favourite Star Wars ride and have a big fright in the free-falling elevator of Hollywood Tower Hotel.

Unfortunately, the magical experience was drawing to an end, and it was time to board our Wizzair flight back to Budapest.

Domonkos likes to wander around, travel, and "see the world".

Another thing that can keep his attention is music. He likes to listen to many kinds of music and sometimes dances to it. Domonkos is greatly influenced by his brother, so he asked Csodalámpa for a hand-held game console just like Benedek's. He ended up getting a Nintendo Switch, for which he also received additional games as a gift. 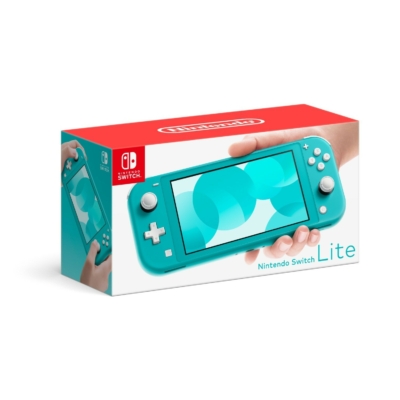 Thank you for the support of the Budapest Marriott Hotel that enabled us to fulfill Domonkos' wish! 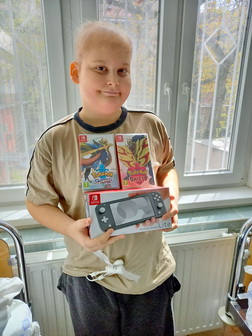 Benedek likes to do sports. He has been playing judo since he was 3 years old, but he also likes cycling and diving. He likes to go to amusement parks and, of course, he is happy to "hang out" and play with his friends.

His wish from Csodalámpa was a Nintendo Switch, with which he also received games as a gift to pass the time during hospital treatments.

We wish Benedek a speedy recovery!

Thank you for the support of the Budapest Marriott Hotel, which enabled us to fulfill Benedek's wish!