Barbara, after a long time, could go home for a little while, so we were specially happy that Mr Enders helped us so quickly to make Barbara's wish come true.
In the morning we met Barbara and her mother in the Ronald McDonald House.
At first Barbara timidly answered Mr. Enders’s questions but half an hour later she tried to answer in English.
We got to know what kind of books Barbara liked to read, and Mr. Enders was laughing when it turned out that she liked dancing and playing video games. So there was a great happiness when she opened the package and saw the Xbox, including several games.

However, the list of surprises hadn’t been over yet. When Mr. Enders heard that they had to go home to Zalaegerszeg by bus, he arranged a car within a few minutes. The car was waiting for them in front of the house, and they driver took them home.

We hope that Barbara will get over the transplantation soon and after that she can live her daily life cheerfully with her family
again.


We thank to Mr. Rick Enders for his kind help in the wish fulfilment. 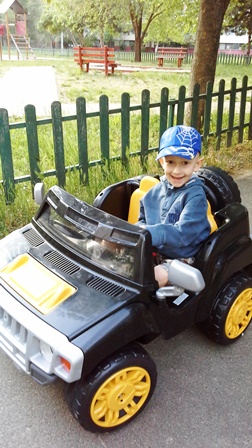 Bence came to Hungary from Transylvania with his mother to get a long medical treatment. He really misses his siblings, who stayed in Transylvania.

When Bence found out, that he can have a wish with Magic Lamp, he got really excited about asking for a mini electric car.
The big moment, when his wish came true took place in Érd. They are living there, at their friend’s house, so they can go to the hospital easily.
At the nearby playground, at first he was rather uncommunicative. But when he saw the big box (delivered earlier and hidden in the garage until that moment), which contained his present he jumped as high as he could (at least as high as his tiny legs allowed him to) and shouted „electric car!!!” very loudly.

Then they found some neighbors who were happy to help assemble the car. Bence watched the whole process with interest and more or less with patience. Finally the beautifully colored dream car was finished (and Bence was very glad it wasn’t pink!).
Bence insisted on getting in and try the car at first with his little sister, Boróka.

Later on I got a message from the family that everything works perfectly and everybody was happy. We hope his mood stays so until the full recovery and even after that for a long-long time.

Many thanks goes to the students and teachers of Thomas Mann Gymnasium for their support. 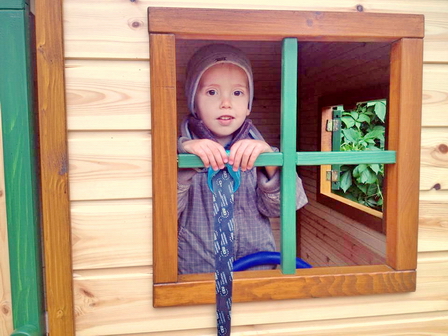 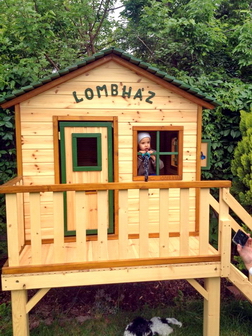 The idea behind Gábor’s wish was inspired by his favorite TV show, Treehouses. The students at Central European University were able to fulfill his wish by organizing a three day Valentine’s Day fundraising event.

Meeting Gábor and his Mom was a fantastic experience for our two main organizers. Gábor is full of energy and joy it is almost hard to keep up with him. It meant everything for us to make him and his family happy.

Rabóczky Ágnes & Gregor Riemann
organisers
Budapest, May, 15, 2015
We would like to thank Agnes and Gregor and the people at CEU for their support that made Gabor so happy that he hardly ever leaves the treehouse...