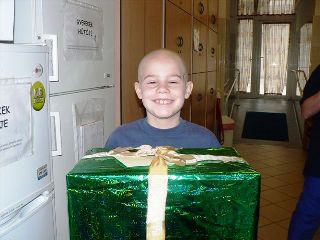 István's favourite toys are cars. Although he has a great number of cars, he still has a dream: he would like a balck or green, remote-controlled jeep. Having found out the date of István's medical treatment, our representatives awaited him at the hospital with a nicely wrapped package. The boy's eyes widened when he found out what the package contained. He quickly adjusted the remote control and tried out the vehicle. "It's much better than the one I got from Daddy, because this one works!" he said.

István's dream has become reality: he keeps the remote controlled military jeep near his bed even during the treatments. 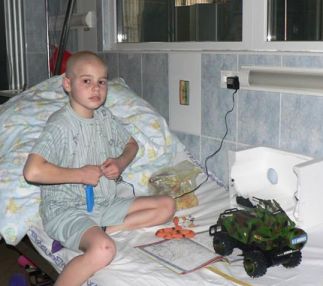 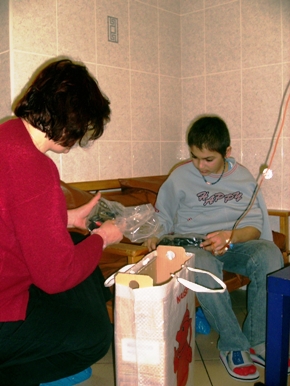 Kálmán has often watched his friends playing Play Staion games, therefore when he was inquired about his wish, he answered without hesitation: a Play Staion. Representatives of the Wonderlamp Foundation visited Kálmán during his medical treatment, delivering the desired game set to him. The boy's eyes were twinkling with hapiness when he received the gift. The "great battles" against friends and brothers have alredy been started.

A few weeks later we were able to surprise him with another gift, a Play Staion 2 set offered by one of our supporters. With this game he can become expert in rescueing hostages and telling good and bad apart. Have a nice time, Kálmán!