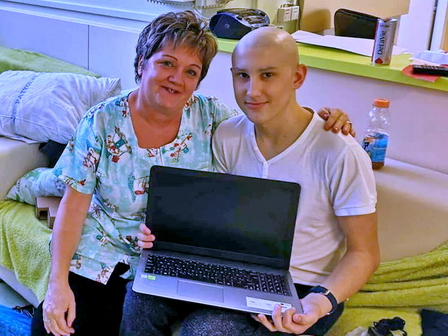 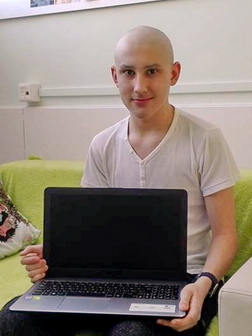 Zalán came for a scheduled control to the Child Health Center between two treatments - that day started just like any other…
He didn’t expect that a surprise was waiting for him: the laptop, which was a great desire for him, arrived on that same day.

The boy was really happy when I was getting closer to him with a big box in my hand and said that it was for him.

... and Zalán started to unpack the box.

It was a great pleasure to watch the pale face of the teenager became more red and lively as he was unpacking the box.
- I wouldn’t have believed it! – he said after seeing what was in the box.
He was extremely happy, I could see that from his face. A real, manly laptop! – He said repeatedly and showed it to the nurses, doctors who were coming by.

We wish you to have a lot of joy with your gift and get well as soon as possible!

Thank you for the support of the Mellow Mood Hotels 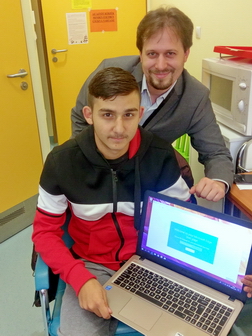 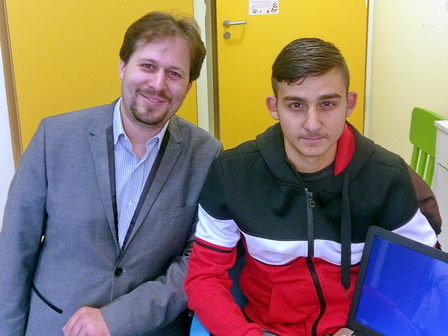 Rikárdó wished to have a laptop: unfortunately, he spends a lot of time in the hospital and it is important for him to not to fall behind in his studies. Thanks to this laptop, it will be easier for him to keep up with his classmates.

He was really happy when Ádám, representing BlackRock Budapest, handed the laptop over and helped to set it up, but it turned out quickly Rikárdó is just doing fine on his own.

Dear Rikárdó, we wish you an early healing and to have a lot of great moments with your new laptop.

Thank you for the support of BlackRock Budapest once again! Thank you for Ádám Siska to attend this event personally! 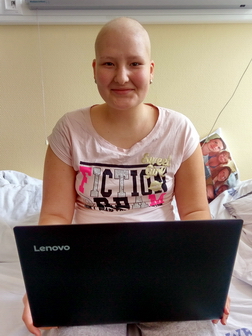 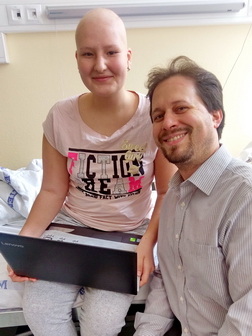 Regina wished to have a laptop: unfortunately, she spends a lot of time in the hospital and it is important for her to keep in touch with her family, friends and schoolmates. Obviously, she won’t be using it only for maintaining contact; it will be really helpful in her studies as well.

She was really happy when Ádám, representing BlackRock Budapest, handed the laptop over and helped to set it up. Meanwhile, Regina was talking about herself: we got to know a charming little girl. The clock was ticking fast, so we had to leave unfortunately.

Dear Regina, we wish you an early healing and to have a lot of great moments with your new laptop.

Thank you for the support of BlackRock Budapest once again! Thank you for Ádám Siska to attend this event personally. 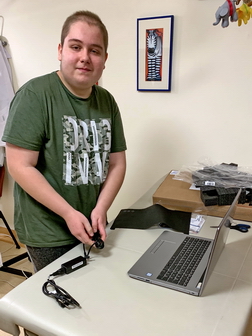 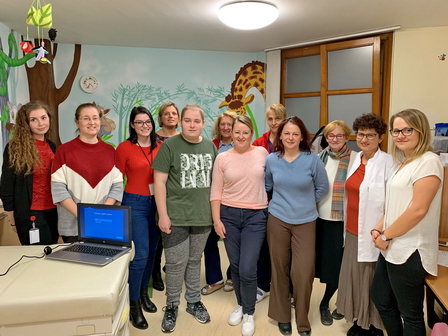 Tomi and his father arrived to the FirstMed clinic excitedly: obviously not because of his illness, but because of the fulfillment of his wish...

Our group and the treating doctor of Tomi, Dr. Judit Müller, were waiting for them. Despite Tomi knowing that he will receive a laptop, we were deeply touched seeing his joy.

When I asked him what would he be using the laptop for, he immediately replied: I’m going to study with it what electricians do.

We hope that after his recovery he will be able to learn and practice his chosen profession with the help of our gift.

Good luck Tomi! We wish you success and good health!

Thank you for the help of the "Magic Bugs" charity running team of FirstMed – FMC, participating in the 33rd SPAR Maraton Festival, for making the wish of Tomi happen. 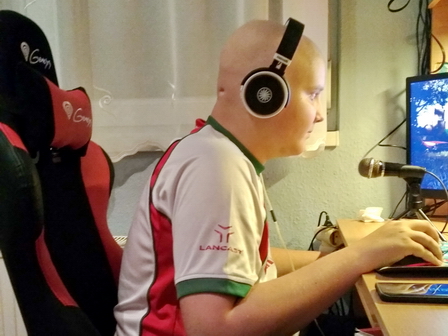 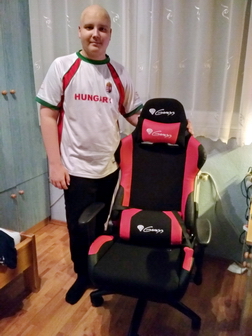 Máté, as most of his age group, likes to stay in his room, sit at his desk, play computer games and keep in touch with his friends.

He thought that these times could be more enjoyable in a comfortable gamer chair and we tried to fulfill his wish as soon as possible.

The present arrived as a real surprise for him, Máté assembled the gamer chair happily and has been using it ever since for his favorite activities.

Thank you to the private supporters, including the members and leaders of the biggest Xpat organization of Hungary, XpatLoop, in making the wish of Zétény happen due to the donations collected at the Xpat Charity Party 'Fireworks Night' .