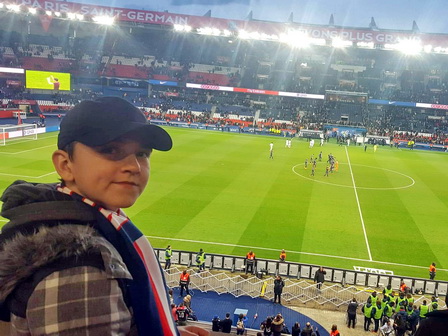 Martin added some flair to the standard "I would like to travel to Paris" wishes, because, instead of the the usual Disneyland visit he wanted to see a Paris Saint-Germain game in their home stadium.

The flight was thi first magical experience for Martin since he had never flown before.

The next day started off with rain, even the top of the Eiffel tower was covered in clouds, so Martin spent the morning discovering the Louvre.
Mona Lisa's smile is still mysterious, but she quite reticent, hiding behind bulletproof glass, and cordons.
By the time we left the museum the sun started to come out. MAGIC!

In the afternoon we headed out to watch the game. A huge crowd was streaming towards the stadium.
Martin received his coveted fan scarf and took his seat in the Parc des Princes stadium.
Although Neymar had broken his leg recently, and the team just had been eliminated from the Champions League, we saw a fantastic game againts Metz.

Paris Saint-Germain beat Metz 5-0.
The fans went wild and they were celebrating in the streets until the wee hours. The French press was also happy about the resurrection of the team.
Martin had hoped to see lots of goals at the game and his wish was completely fulfilled! Maybe it was also Magic Lamp's doing?

The next day the weather was sunny and clear, so we managed to see a few famous sights. We visited the Arc de Triomphe, then walked over to the Eiffel tower. We also spotted so many cool cars! Martin did not miss any of those awesome Aston Martins, Lamborghinis, Ferraris, and Maseratis. We took the elevator to the very top of the tower and did not want to leave until dusk.
While we were up there, even saw a marriage proposal. The sight of the falling rose petals was very romantic from above.
Paris is definitely worth a game!


We would like to thank our sponsors - Batschka Stiftung, Schneider Electric and private donors - for making Martin's wish come true.

We would like to say a special thank to the leaders and members of XpatLoop, the largest Hungarian expat community, for organizing the Budapest Bonfire Night Party for Charity and for the donations raised at the event that also helped to make Martin's wish unforgettable. 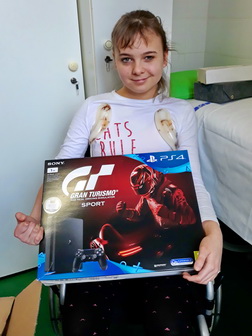 We surpised Betti during her physiotherapy session with a PS4 . She was very happy when she found out why I was there, and why I was having a conversation with her, with her mom, and with the assistant.

We hope that Betti will have a great time playing Sims 4 on the new console.

We would like to thank the directors and members of XpatLoop, the biggest expat organization for making Betti's wish come true by organizing the Budapest Bonfire Night Party for Charity fundraising event.

We would like to say a special thank in the name of Betti too to the leaders and members of XpatLoop, the largest Hungarian expat community, for organizing the Budapest Bonfire Night Party for Charity and for the donations raised at the event. 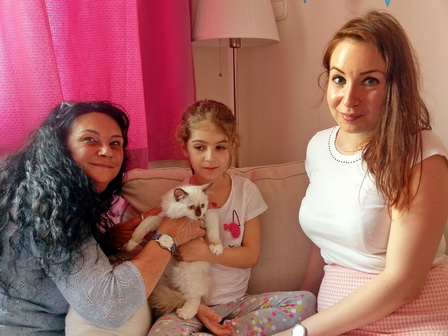 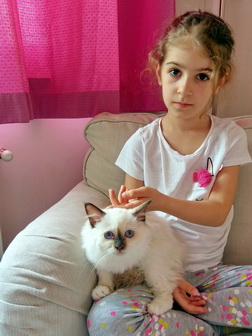 Nina wished for a kitten...

But not just a regular run-off-the-mill kitten. She wanted a fluffy, friendly, playful white kitten, specifically a birman kitten. So we embarked on a quest to find a birman kitten,which was not an easy task as we found out soon enough. It is a fairly rare bread in Hungary and only very few breader specialize in the breed. Moreover, they are usually reserved long before birth.

But we got lucky thanks to Ildiko Bartos because a little guy just became available at the Lyrene Birman cattery. I quickly scheduled a visit so Nina can meet the kitten. The introduction was very succesful, Nina fell in love with the kitten in a heartbeat. Now came the difficult part because Nina had to wait another month until she was able to welcome Rocky in her home.

Darling Nina, we hope that Rocky will bring you lots of joy and fun!

We would like to say a big heartfelt thank you BÉT (Budapest Stock Exchange) for making Nina's wish come true and to Anita Dömötör for making time to attend the wish granting.