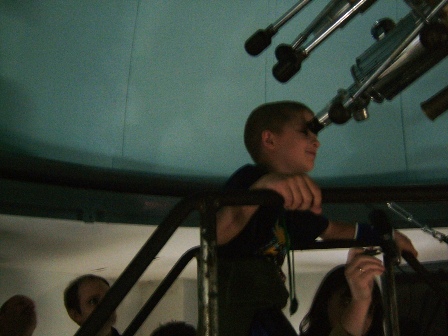 Matyi would like to become an astronomer so he has a lot of books of the universe. Even so, he has never been to an observatory.
As he knows many stars by name, the Foundation has invited him to the Urania Observatory at Budapest where he could have a look through a telescope to the the shiny empire. Together with a small team of participants we took part on a night tour.
These team members are all owners of different virtual stars.
We wanted to take Matyi by surprise so we have bought him a star in the universe through an international corporation.
He received a map and a certificate to confirm his ownership.

After that Mr. Professor Zombori gave a very humorful and interesting lecture about the world. Although the sky was a bit cloudy at the beginning of our tour, after 10 pm it has took up and Matyi was the first one, who could peep into the spy-glass.
We were told that he put the star-map on his wall, on which among the Big Dipper stars, his star, the "GarasMatyi" will be there as well.

We would like to take this oppurtunity of thanking Professor Zombori's help at the Uránia Observatory and Ms. Edit Emmer the Hungarian agent of the International Star Registry who helped us to buy Matyi's star on a preferential price. 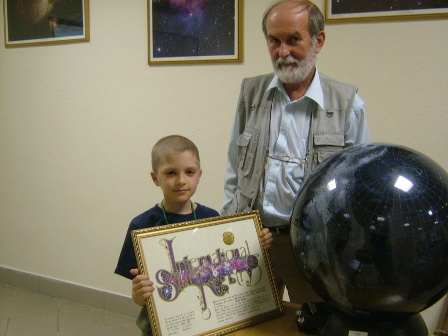 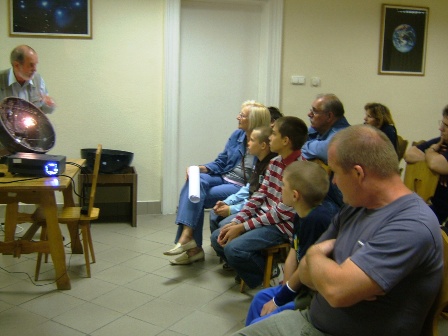 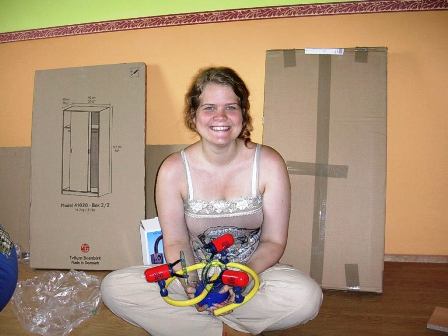 It wasn't easy to fulfil Dori's wish as she does not live in a big city. The sponsors and helpers had to fight over the distances as well.

Dóri's room - nicely painted - has been waiting for a year to receive some furniture.

After contacting KIKA's shop in Pécs we choose a table with chairs, a bed with bookshelves and a wardrobe, a rug and a lamp.

On the pictures everyone can see the happiness of Dori although the furniture are not fully installed in the room. She is really happy about her new room.

We would like to thank to the management of

for the donation of the furniture and the free delivery.