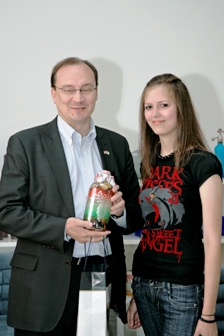 It was 4th of July 2009 when I got the possibility to travel to Finland with the Wonderlamp foundation. I was really excited to start my journey as well as Moni my travel companion was.

We had lots of fun on the flight and after landing we did not hear any Hungarian word. Tamas was waiting for as at the airport and showed me all the different areas of the city on the way to the hotel. I was staring out of the window thinking: ’ I can’t believe that I am here.’. I thought that the cloth we took for the journey would not be according the weather but luckily we had warmer cloth too. I didn’t feel bad myself at the 11 degree centigrade temperature, but I have to admit that after the 30 degrees we had in Hungary it was quite unusual. The wind blowing from the sea made the temperature drop even more.

The next day we had a big walk in the city and we visited lots of sights. My favourite was the cathedral. It was indescribable beautiful not only from outside but in the inside as well. We went down to the seaside where we hardly could walk because of the seagulls, and as we found out later eating is even more difficult :)


That afternoon we met Jaakko with whom we talked a lot and we had a walk to Torni from where one can see the whole Helsinki. Jaakko said this venue is the most beautiful during the night but during the day it wasn’t a usual venue either.

We arranged to meet Tamas at 5 pm. Him and his family invited us to have dinner with them. We tasted lots of Finnish food and they were really helpful.

The next day we spent our day in the city. We went to the club ’Tavastia’. Next to Tavastia there was an other club. A man came out from that other club. We started to chat and I asked him if he played in a band. I found out that he was the oldest member of the most famous Finnish lovemetal band. We made some photos together and he told us lots of stories about my favourite band.

We spent our last day in the fashion design shop of Tiia. She was really nice and showed us the different stage of production. She offered me a bag which was designed by her.

On flight back I wasn't as scared as going there so I did not need hold Moni’s hand.

I would like to say thanks to the Finnish Embassy, to Maiju, Jaakko, Tiia and to Wonderlamp foundation to help the biggest dream of my life come true and that they reinforced my goals in life. I met lots of people in Finland who are not only my friends but the friends of my favourite rock band too. I found out that they are really nice people and they are not without any reason my favourite band for 7 years. At least but not last I would like to say thanks Moni for surviving the Finnish weather : )

Lots of people has worked together to fulfil Nora's wish, from His Excellency the Ambassador of Finland to Hungary to hairdressers, designers and models. We would like to thank all of them for the unanimous support and kindness. 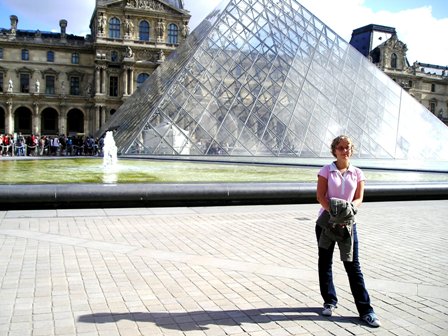 It was a great day when we set off to Paris.
Few days earlier I talked to the two wish-kids - Henrietta and Peter - about what they wanted to see in Paris most of all. They preferred the Eiffel Tower and the Louvre. Peter also wrote a letter before the trip about his motivations to see Paris. So based on these I prepared myself for the journey.


I picked up Peter at the railway station and we travelled together to the airport where we met Henrietta and her mother.
The flight was pleasant, and afterwards we took the airport transit bus to the city, and then the subway to the hotel.
We had a really wonderful accomodation downtown, thanks to the Marriott Hotels. It was close to Arc de Triomphe and the Champs Elysées.
After checking in we went for a walk to explore the city and to have dinner.

On the second day we visited the Louvre. We spent most of the day there. When we arrived at the glass pyramid surrounded by historical buildings, the kids became very excited and took a lot of pictures. They were happy to be there. They were very interested in the exhibitions as well.
It was late afternoon when we joined a tour on the River Seine. It was beautiful and comfortable, after the exhausting walk in the museum.

On the third morning we headed to the Eiffel Tower.
The two kids, Henrietta and Peter enjoyed the view and took a lot of pictures. They wanted to take the stairs from the lowest level, so we climbed down from there inside the iron structure. It was quite an experience.

The last afternoon was about shopping and walking, taking in the feel of the city. Finally Peter and me climbed up to the top of Arc de Triomphe to have a last gorgeous view of the twelve avenues spreading out from that place. It was fascinating.

The next morning the kids were a bit sad about leaving so soon but they cheered themselves up by bying some delicious French chocolate and then we all rode back to the airport, and flew home with many great memories.


We would like to thank the support given for Henrietta's wish-granting to the Marriott Hotel Budapest and the GlaxoSmithKline Hungary.

Peter's letter about his wish

Paris. Capital of France, Eiffel Tower, Louvre or the Arch of Triumph. These are the things that first come to mind when asked about Paris. Everyone is drawn to these fantastic places. I don’t know many people who haven’t been there or didn’t want to go there someday. I’m one of the latter. I’ve always been attracted to that city, ever since I was little. My dad’s an architect, and he once told me about his great-grandfather who was also an architect and was good friends with a man called Eiffel. It started to interest me and I wanted to no more about Eiffel, so I looked him up. I learned many things about him, how he designed the Western Railway Station in Budapest as well as the Statue of Liberty in New York. I also learned that the symbol of Paris, the Eiffel Tower was named after him.

Lots of movies and books take place in Paris, for example Dan Brown’s highly successful novel, the Da Vinci Code. This book also gave me many reasons to want to get to know the city. Da Vinci’s Mona Lisa enthralled me as well. But of course Mona Lisa isn’t the only resident in the Louvre of Paris. The museum is a meeting point of many different cultures, from the sarcophagi of the egyptian pharaohs to the glass pyramids. It would be fascinating to see these works of art up close. To experience in reality the things I only read about or saw pictures of.

Furthermore this city has a symbolic significance to me. The citadel of bohemia, the symbol of revolution, the city of love, a place for artists like Toulouse-Lautrec or Van Gogh. The sights of Paris are endless. No other town has so many remarkable places. Paris is my favourite city. Paris is my city. 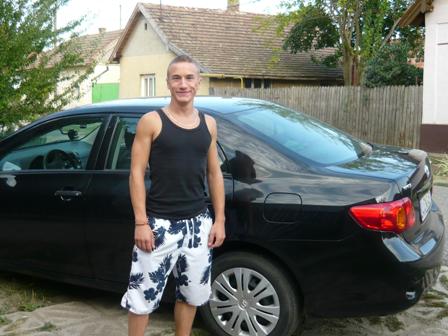 My name is Balazs and I am 18 years old from Törökszentmiklós, Hungary.

I heard about the Wonderlamp Foundation in a camp for ill kids called Bátortábor. I heard lots of nice stories about the presents like Playstation, PC, XBOX360, etc. the other kids got from the foundation. I thought that I might got help from them too.
All I wanted was that they would help to clean all the cicatrice from my face skin which remaind after the cemotherapy. This was not among the foundation’s activity that’s why I thought about getting help to pass the driving licence.

One of their kind volonteer suggested to stay at his place for the summer until I get my driving licence as he is an instructor for a driving school. I moved in to Tomi's flat in Budakeszi at the beginning of July. Fistly I stayed with him for 2 weeks. Meanwhile I had various lesson about the highway codes.

The exams of the highway codes was held on 5th of August in Budapest. There were 55 questions and each question had to be answered within 1 minute. When I answered all the questions suddenly a green light flashed and I saw the sign: you have passed!. I was extremely happy about this result. I missed only 2 questions out of the 55. I called all my family members and friends and told to everybody about this great news.

Then I had to pass the so called "routine" exam about the basics of driving and about the technical knowledge of a car. At this exam one have to prove that he is ready to go to the real traffic: able to start the engine, drive ahead, turn around, use the breaks. No one is allowed to drive on streets before passing this exam. This exam was held on 27th of August. To start I had to talk about the technical checks before one starts the engine. Then there came the practical excersises: I had to park the car, had to get speed, turning out from a parkingplace through a gate, etc.

The final exam to get my driving licence will be held in September.

I would like to thank the Wonderlamp foundation and the students of the American International School of Budapest that they gave me the opportunity to make my wish come true.

We would like to thank the pupils and teachers of American International School of Budapest for having supported the wish-fulfilment of Balázs.