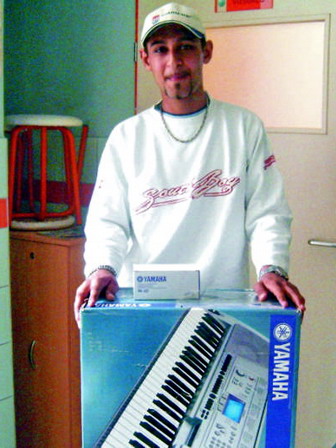 Tamás came for a medical check up and he was sitting in front of the surgery knowing nothing.Then the door opened and I was standing there with a synthesizer he had been longing for so much in my hand.He couldn't even stand up when he realized what it was , he was just repeating:'Mum, look at that-look at that!'

Minutes passed until he came up to me and checked his present saying 'It can't be true!' He was so happy.

He had been attending a music school and he needed the instrument a lot. His parents eyes were filled with tears of happiness and affection.His little brother was dancing around him, they were ready to leave for home immediately to try it. We hope Tamás will be satisfied with his instrument and will forget the suffering caused by his illness.

This wish has been granted with the generous support of 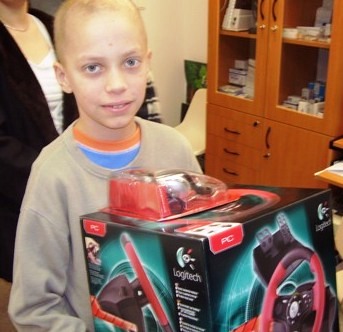 The young boy wished to have a PC wheel and he received it as a present because he likes to play racing games.

To make his wish come true H-Multimédia Kft. provided discounted purchase possibilities and they even offered a headphone as a present to Dániel. We would like to thank to the company for their help and wish all the best for Dániel.

The wish was fulfilled with the support of the pupils and teachers of The British International School, Budapest. Thank you in the name of Dániel as well! 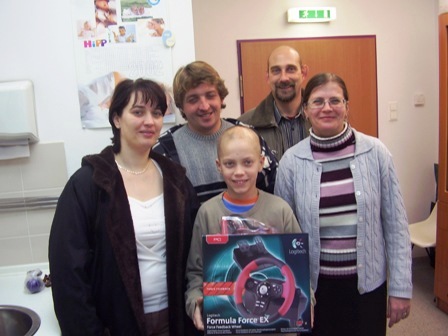 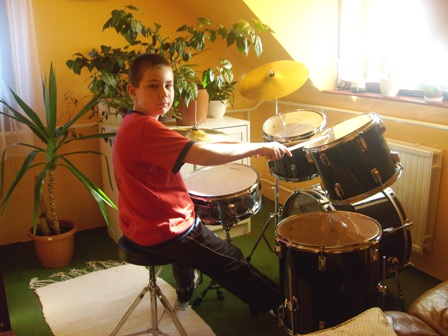 Bence wished to have a huge drum-set. We and her mum decided to make it a surprise and we presented it to him in the Rockschool in Debrecen.

Bence was really pleased with his present, we hope he will not disturb the neighbours too mouch when practising.

Bence, we hope you will enjoy playing your new instrument for a long time and you will find a lot of pleasure in it!


We are most grateful for the support and contribution of Hangszerarzenál (Vajda Péter/ Sóder) and the IBD Club.


This wish has been granted with the support of

.
Many thanks in the name of Bence too! 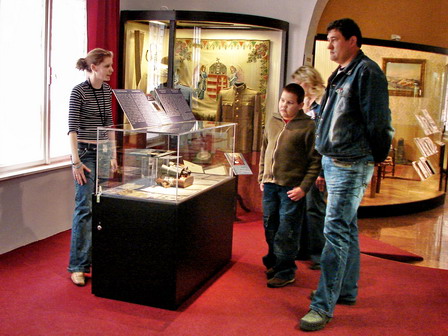 On 5th of April 2008 the 11 years old boy came to Budapest with his parents to have his wish come true.

As they arrived earlier than arranged they had time to walk around the Castle of Budapest.

We met at the Museum for Hungarian Military History with the family where we had the opportunity to visit an exhibition of WW I and II. As we got know from his mother Dani is very interested in this topic, he has seen lots of films and documentaries about it.

Thanks to the director of the museum and his colleagues a guide joined us who could answer all Dani's questions.
After the guided tour the family spent some free time in the museum.

We would like to express our sincere thanks to the director of the Museum, Dr. József Holló and to all his colleagues.