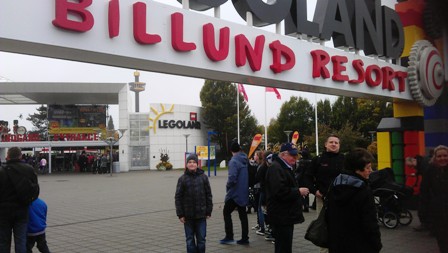 Bence loves to play with legos. No wonder that he wished for a trip to Legoland...

In October, after many many months of treatments finally he was well enough to get on the plane and start his long-awaited journey. We arrived Wednesday afternoon to Billund Denmark, the capital of Legoland. Thursday morning after a hearty breakfast and a short walk we finally entered the magical land.

Even the showers and the cold weather could not dampen Bence's excitement; he was steering us with great enthusiasm among the many attractions.
First we wondered at the enchanted kingdom of Chima, then we admired the may miniature towns. When it started raining we hopped on the train that took us around Legoland so we could see what other attractions were waiting for us. After the train ride it was time to go to the main attraction, Bence's favourite area, Star Wars land. he was happily marveling at the painstakingly constructed miniature planets, battle scenes, and of course the Millennium Falcon.
After Star Wars we headed for a quick lunch to recharge our batteries, then we headed to the amusement park area, where more fun was awaiting. Bence's favourite ride was the battle of the pirates, where we got on a boat with big water guns, and our job was to shoot at the enemy boats and the snipers hiding on the shore. Of course we were also vigorously shot at, and needless to say that by soon we got completely soaked.


On Friday the discovery of Legoland continued. We had to try the roller-coasters, the pumpkin carving, the hot-dogs, and of course the battle of the pirates ride had to be repeated one more time.
We also managed to catch a 3D animated movie about Chima.

But the highlight of the day was still the visit to the Lego store.
After a lenghty process of selection and consideration, Bence left as a proud owner of two Legos. After that we only had time for a quick dinner before taking a taxi to the airport and boarding our flight that took us back into the land of reality.

We would like to thank for the support of Provident Zrt. and the Szabadics family in the name of Bence too. 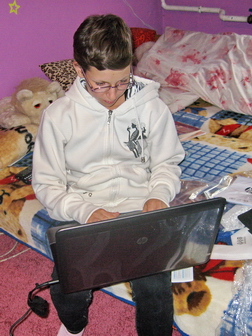 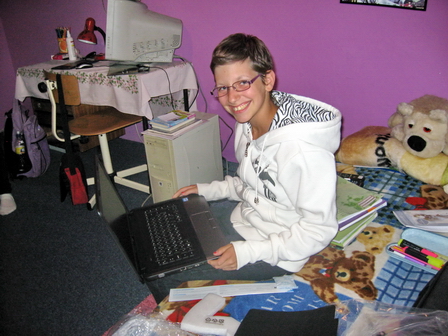 Vivien’s wish was a lap top. She was waiting for it so much that she visited the website of the Magic Lamp every day.

Vivien had a checkup a few days ago and thanks to the good results she was allowed to go to school. But after lunch she went home, so we visited her at home.

It was a cloudy autumn day when we met Vivien. She was just learning mathematics, that –telling the truth - is not the best pastime. Fortunately, her mother could keep a secret, so our coming was really a big surprise as it could be seen by the little girl's smile. Vivi said that the lap top would help her mostly in her studies, but of course, she would also like to play games and to have fun with it. Vivien doesn’t like to be in hospital, but the lap top can help her to keep in touch with her friends during that time. She feels like being with her friends if her lap top will be there.

Vivi, please always remain such a smiling little girl and we wish you lots of joy to this gift.

We thank the Harvard Krokodiloes acapella choir to support the fulfilment of Vivien’s dream with their concert in Budapest on 30th July and the members of the Harvard Club of Hungary for the excellent organisation.
Special thanks to the A38 to provide the venue for the charity concert.