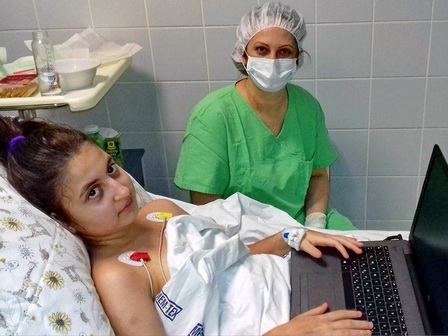 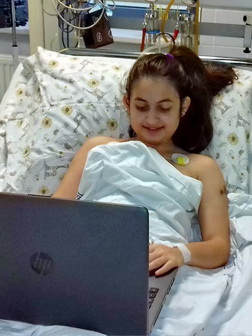 Dorina was about to go home from the hospital after her serious heart surgery. Unfortunately she had to return to the ICU for some complication and stay there for a little more. This was quite a shock for the little girl. She was really waiting for the Gini of Magic Lamp to arrive even before this misfortune but after this we knew she needed urgent help to boost her morale...

Our caring supporters understood the seriousness of the situation and they gave up on being there personally at the granting of Dorina's wish as they wouldn’t even have been allowed to enter the intensive care unit. So I decided to fulfil the wish of the young girl that day.

She was really excited and happy seeing the big package ...she immediately started unwrapping it with her mother’s help. She was pleased to notice that her new PC had a camera and a cd-drive also - nowadays a rarity.


Many thanks for the support of the students, their parents and teachers of the American International School of Budapest! 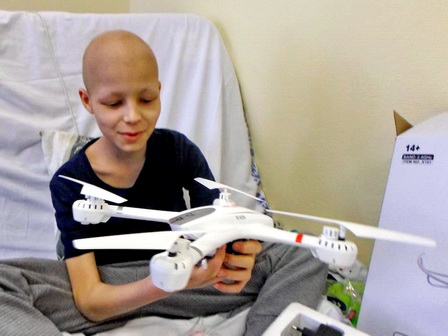 Matyi has a very curious and versatile personality. He is really interested in PC games and cycling. His favourite "objects" to play with are drones an helicopters. Matyi needed some time to figure out what he would really want from the Gini od ur Magic Lamp, but then he realized he would love a "real" quadcopter.

We surprised the young boy at the hospital who was eagerly waiting for his gift. We arranged the time and place with his mother on the phone which gave the vigilant Matyi the opportunity to figure out that the big surprise must be under way...
When I arrived with the big box in my hands Matyi told me delightfully that he felt we were coming because of the mysterious phone calls...

We instantly opened the box for Matyi, who started assembling the pieces like a professional aircraft mechanic. The outside world disappeared for him as he was working on the quadcopter.
I asked him if he is going to give a name for his new machine. His answer was yes, it’s name will be Thrown-drone. He also told me the meaning of this name but it should remain our secret...

We wish Matyi to heal completely and lots of fun time with his wonder drone.

We would like to thank the students, parents and the teachers of the American International School of Budapest for their decade long support. 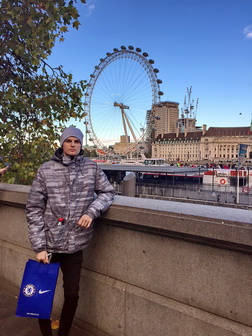 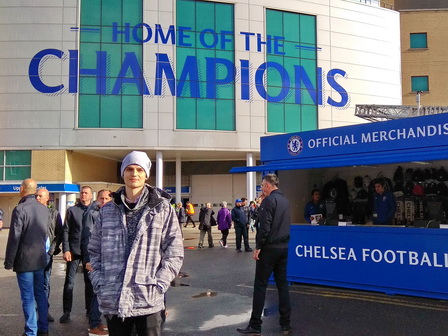 Marcell wanted to spend an unforgettable weekend in London to see a match of his favourite football team, the Chelsea F.C.

The team surprised us with an invitation to the gala lunch before the game. Later on we could watch an exciting game, both teams were really good, and luckily Chelsea won by 4:2.

Next day Marci had the chance to visit the stadium. They could look around „behind the scenes”, walk through the dressing rooms, sit in the coach’s chair and they saw the field from a closer look. After this adventure they went to see the city’s other monuments, and they took a rest in the famous Hyde Park and it’s neighbourhood. 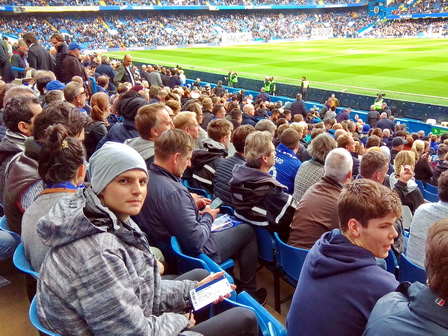 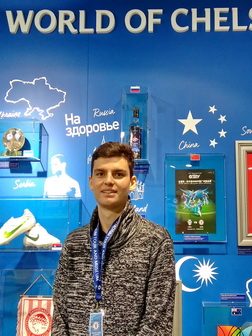 We would like to thank the managment and employees of UniCredit Bank Hungary Zrt. for their kind support.

We would also like to thank WIZZAIR and also Mrss. János Szövérfi and Zoltán Bartos for arranging Marci the opportunity to take part in the gala lunch with the team.

We would like to thank also our other private supporters for their help.