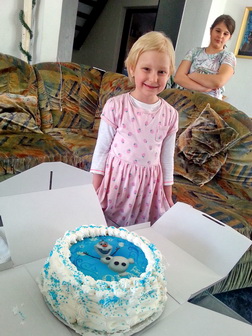 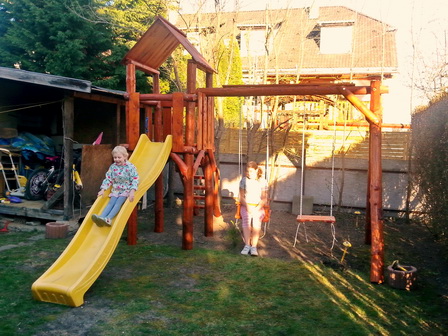 On a nice and sunny Tuesday afternoon, we appeared with an Olaf cake at Polli’s house. She was very happy, she did not even suspect that something was going on in her yard.

While Zoltán Mátrai and his colleague built the long-awaited surprise, Polli has entertained us. We played hide and seek, baked and cooked in her little play kitchen, we draw and we laughed a lot.

Polli's big wish was to have a playground with a sloping slide in their yard! We could fulfill her dream on her birthday.
When the playground was ready, we had the little girl out to the yard. She saw the playground from the terrace and she became speechless, she covered her mouth with her hands as she was so surprised that her wish came true!!! 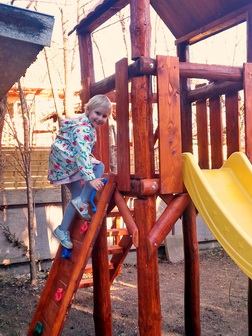 We would like to say a special thank you to the leaders and members of XpatLoop, the largest Hungarian expat community for organizing the Budapest Bonfire Night Party for Charity and with the money raised at the event making Polli's wish come true.