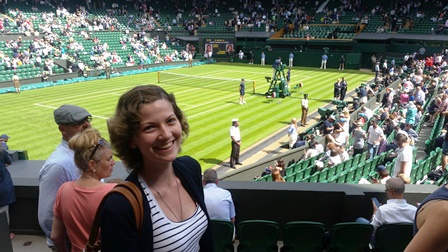 Anett was dreaming big when she asked Csodalámpa to help her to get to Wimbledon, where she could see the Swiss tennis player, Roger Féderer’s play in real life.
We turned to Mr. Attila Richter for help because he is the Hungarian Tennis Association's secretary general. He said yes to our request immediately and with a lot of work he was able provide us tickets to very good seats for Anett, Anett’s brother and for our volunteers.

Our two volunteers Laura Kékkúti and Peter Takács who live in London helped Anett and her brother to find the way in the big city.

Anett wrote us a kind letter:


When I used to watch tennis matches I wouldn’t think that I am ever going to see such an important match in real life. But with Csodalámpa’s help I had the opportunity to take part in the Wimbledon’s first two days.
We flew to London on the 26th of June with my brother. When we landed, Peti and Laura, our escorts welcommed us.
Next morning we went to Wimbledon. There were a lot of people and everybody was excited about the match. It was a wonderful experience to see the many fields and the tennis players who walked to their courts next to us.
We took our place at the Center Field where the first player was Djokovic, after him Muguruza and finally, Federer. It was an unbelievable feeling to see him and every aspect of the match in real life, not to mention his brilliant "first services".
It is hard to write down how fantastic and unforgettable was the whole mood of the match. The next day we could see Murray’s and Serena Williams’s play which was just the icing on the cake.
I am really thankful for those people who made it possible for me to get such a big and exceptional experience. Thank you for fulfilling my one dream that I had never thought could be made true. 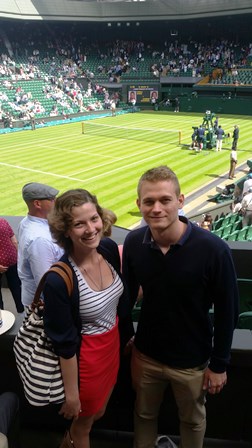 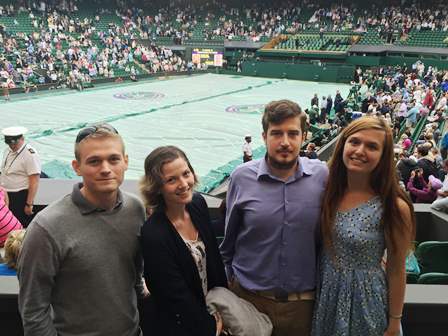